Leah Crowned Volunteer of the Year

Salmon Youth Centre apprentice, Leah Eastwood-Webb, has been crowned Volunteer of the Year at this year’s StreetGames National Awards 2018.

Leah, who is currently on a one-year Youth Work apprenticeship with Salmon, received the award for her outstanding achievements in the field of youth and community sports – most notably for her innovative ideas in planning a four-day summer youth festival and giving out presents to the homeless last Christmas, while volunteering with StreetGames and Onside charity.

“I was one of seven young people who worked together to plan and deliver a four-day youth festival residential for 100 young people aged 15-21. While there I had to deliver games and sessions all day long to keep the young people entertained.

Realising this potential helped Leah to set her sight on bigger things. The 18-year-old then received a £250 grant from StreetGames to run her own project in the local area, and being Christmas time, she decided on Christmas presents for the homeless.

“The presents consisted of socks, hats, gloves, toothbrushes, combs, sweets, cereal bars and many more little things,” she said. “I got some help from some friends and went out to all different train stations and areas known for homelessness and handed them out and spent some time speaking to the people.

Doing this made me more aware of homelessness and made me realise how easy it is to do something good for people less fortunate. It also made me realise how rewarding it is to make someone smile and brighten their day by just stopping to have a conversation with them.”

Despite having her efforts recognised in such a big way through winning the Volunteer of the Year award, Leah has no plans of slowing down in her quest to further better society.

“Winning the award was amazing. I was very shocked but very proud to have won the award – this was a big achievement for me. It was great to be recognised for all my hard work and time but now I need to move forward and do other things to help and guide young people.

Doing the apprenticeship at Salmon is giving me the chance to gain my qualifications to be able to carry on and do bigger and better things.” 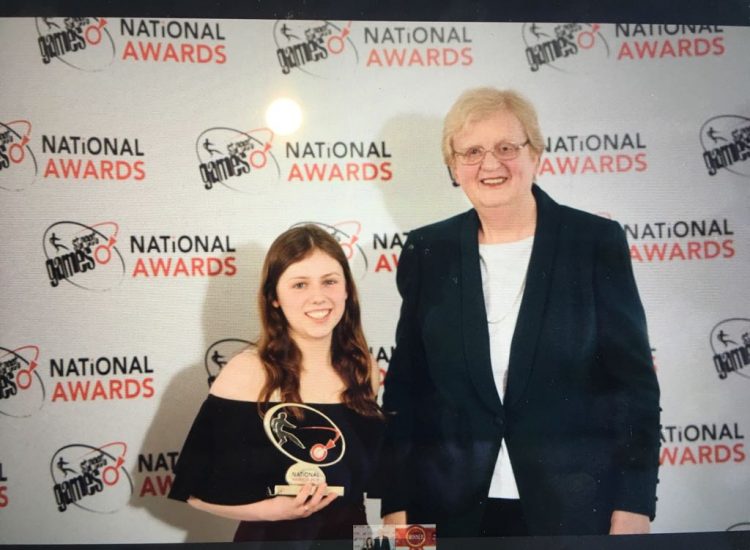 Winning the award was amazing. I was very shocked but very proud to have won the award – this was a big achievement for me. It was great to be recognised for all my hard work and time...