From Young Leader to Apprentice: Leah’s 4-year journey with Salmon

Leah Eastwood-Webb, 18, attended Salmon for four years before becoming an apprentice in September. Here she summarises her first three months in the role…

I used to attend Monday and Friday clubs at Salmon before I became an apprentice. I enjoyed attending clubs because I liked speaking to the youth workers and doing the activities.

I wanted to help out in clubs and help the younger children at Salmon so I became a Young Leader and started volunteering in 6-9s and 10-13s clubs. Being a Young Leader also allowed me to do my Bronze Duke of Edinburgh awards, which was great.

I am now a Youth Work apprentice at Salmon as I have a passion for working with young people and I am hoping to run my own youth centre in the future.

Since I’ve been an apprentice, I’ve started a Presidency campaign in 10-13s mixed club. I am working with four young people who want to be Club President at Salmon, helping them to design a poster, write a speech and prepare their speeches to give to their peers in club on election night.

I am also planning to raise more awareness of mental health in the 14+ clubs to give young people that may be struggling with mental health issues some information and guidance as to where they can get help, as well as teach them different ways of dealing with their mental health.

I now also help out with the Young Leaders club as an apprentice. Last week we took a group of Young Leaders to Skills London – the UK’s biggest jobs & careers event for 15-24 year olds. I’ve been there before and found it useful. I think all the young people benefitted from the event so it made giving up my Saturday worthwhile!

"I am a Youth Work apprentice at Salmon as I have a passion for working with young people and I am hoping to run my own youth centre in the future." 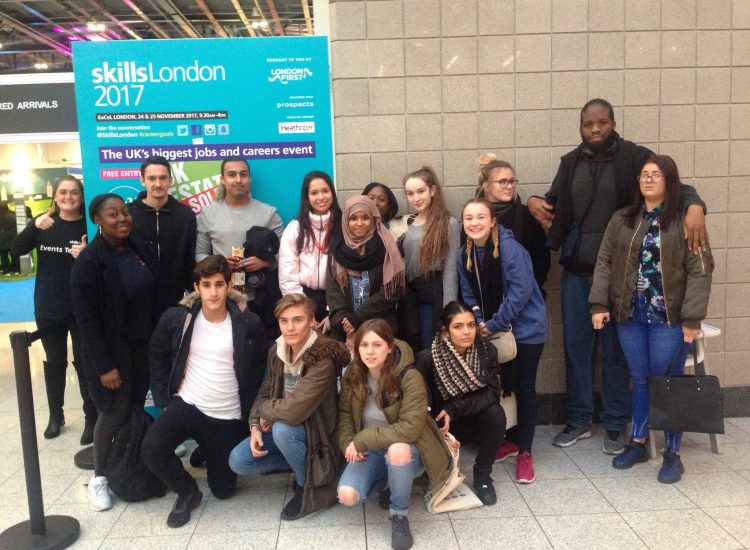