On the 12th and 13th of July 2019, a team of Salmon staff, patrons and business volunteers bravely took on The Three Peaks Challenge, to climb three mountains in 24 hours. They had just one goal in mind – to raise money to continue to support the vital work Salmon does in transforming young lives in Bermondsey and beyond.

In this blog Ben, a Salmon patron, shares his experience of wearing out his boot and squashing his egg and sausage sandwich in one of the toughest exploits of his life.

At around 5pm on Friday, a group of ambitious volunteers arrived at the foot of Ben Nevis, tied their bootlaces, filled their water bottles, loaded their packs with energy gels and all weather gear, and set off with great enthusiasm and a sprinkle of trepidation as to what lay ahead.

Within just the space of an hour, hearts were pounding, legs were burning, nervous chat had quietened, the enormity of our challenge had struck and it was clear that we would each face our own personal battle on this journey.

I, for one, soon began to ask myself, have I underestimated this climb? Am I a fool not to have followed a training programme? Will sheer determination and a fear of failure be enough to get me to the top of (and down from) these mountains? Was I stupid to order that double G&T before we started? Did I really need a sausage roll in my bag?!

Taking a turn for the worse

But then events took a turn for the worse… Legends started falling away, unable to go on, then the sole of my left boot simply peeled off. I stood there in a state of shock. How could that happen?!?!? The boots were in great shape when I started. Did that mean the end of my challenge?! We were just getting started. I ploughed on, hoping the boot might hold until I made it back down, but it wasn’t to be and within 30 minutes, I’d worn it down to the lining.

In my mind, I was already turning round and beginning to limp back, crestfallen, when Jamie, Deputy Director at Salmon, came to my rescue, having had the presence of mind to pack his trainers. They were three sizes too big, and I knew I’d be clomping along in them, but didn’t care, we were back on and heading up towards the peak.

Over the next 30 hours (including the seemingly endless journey from Snowdon to London), we would cover roughly 40kms on foot, equal to 68,945 steps, face a total elevation gain of over 3,000 metres, and burn 5,462 calories. The mountain gods were merciful. We faced changing weather conditions, but climbed in daylight and (extraordinarily) had no rain.

From explorers to conquerors

We left camp one a group of newly acquainted explorers with a common purpose. We returned (wearily, but in one piece) conquerors and a tight unit, having shared a quite unique experience and joint sense of achievement.

Did we technically get up and down, then travel between, each mountain within 24 hours? No. Do I consider that we succeeded in our challenge? Absolutely, yes. If there are reasons why we missed our target time, it’s that we were travelling in a van which was limited to a maximum speed of 62mph, and never let one of the group go too far behind before we back-tracked and urged them onwards.

High-points (aside from the three summits)? The camaraderie, the change of footwear, magical scenery, which is literally food for the soul, sun on my face at the top of Scafell, elation of reaching the peak at Snowdon and having a cold beer thrust into my hand, chicken and chips in Llanberis.

Aaaaand, the low points. Seeing friends turn back. Every damn minute on the minibus. Being denied a box of McNuggets after Ben Nevis. Discovering that I’d been lying for six hours on my egg and sausage sandwich. The walk down from Snowdon (which seemed like an eternity). My own smell after 30 hours without a shower. Deodorant spray masks only so much.

The return home to reality

Arriving back to the Salmon centre at 5am on Sunday morning, we passed a police cordon with forensic scientists taking photos, and discovered it was the scene of yet another London city stabbing, and the senseless murder of yet another young person. In that moment of confirming my worst fears, I may have been utterly exhausted, well aware that I would barely be able to walk for days, but knew that if our travails, and the invaluable funds we’ve managed to raise, could save just one more life, avoid one more tragic loss, it would all be worth it.

But without your generosity, our efforts would have been fruitless. Without your willingness to give (when we come to you, year in, year out), a difference would not be made. We, and the team at Salmon, are so grateful for all you’ve done and how the club’s work can only continue because of it. Only this last week, Sadiq Khan, the London Mayor, spoke at Salmon of the importance of the centre to the local community. You should be proud of your personal contribution to strengthening the fabric of it. I know we all are.

For those of you who would still like to donate, but have not yet had chance to do so, rest assured, our page will be open for the next week. You can access the Virgin Money site at the following link: https://uk.virginmoneygiving.com/TeamNuveenChallenge1

Until the next event, thank you all so much. Please enjoy a few favourite snaps from our great Odyssey in the gallery section. 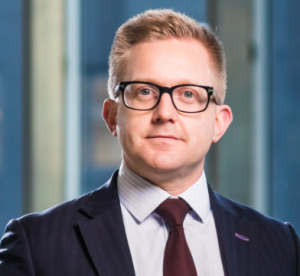 Patron
Get in touch 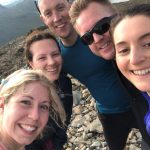 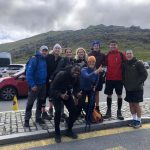 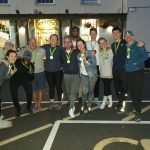 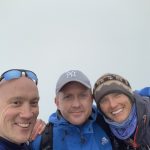 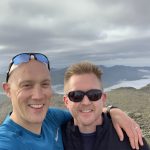 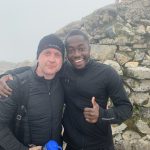 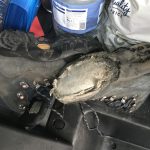 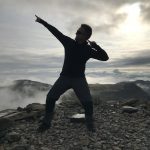 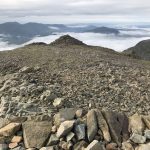 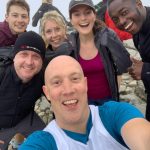 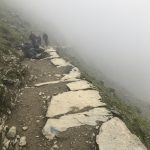 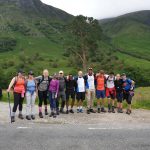 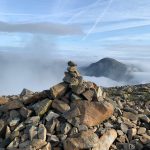 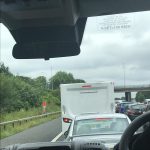 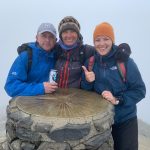 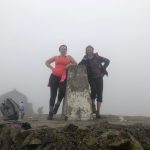 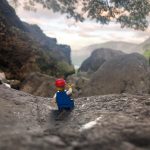 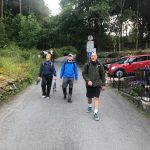 I, for one, soon began to ask myself, have I underestimated this climb? Am I a fool not to have followed a training programme? Will sheer determination and a fear of failure be enough to get me to the top of (and down from) these mountains?