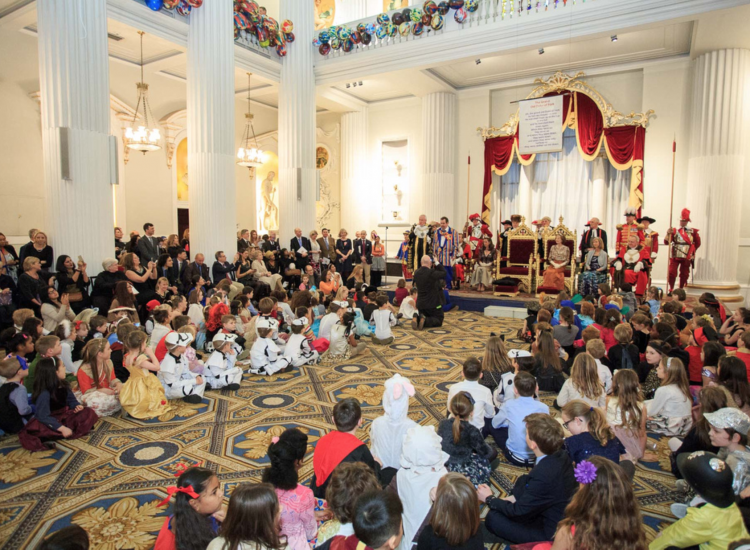 Hosted by Stripey the Entertainer, the day consisted of lots of things for the kids to get involved in. After rounding everyone up in the beautifully decorated Jubilee Room, and making sure they were all awake by having them scream so that Australia could hear them, the kids were able to join in with activities in different rooms around Mansion House.

They saw the Punch and Judy show and successfully helped the Sergeant capture Punch. Some jokes wen over their heads (thankfully), but the interactive aspect kept them engaged and excited.

They had an incredible experience in the wildlife room where they met and held various creatures from around the world – including a furry eight-legged friend! A bat, meerkat, snake and owl were some of the other animals that were brought out to meet the children. They also watched a great magician perform a number of trips that left them quite baffled, but in awe.

Near the end of the evening, a fantastic band played some great songs to pump up the party, they played a game of giant tennis, and the Lord Mayor led the children in a conga line around Mansion House! To round off the night, The Lord Mayor thanked all the guests for coming, and the children were showered with hundreds of marbled balloons that were dropped from the ceiling.

It was a great event for the children, and was even entertaining for the adults; and when asked (out of ten) how much they enjoyed the day, Holly said, “100 out of 100!”