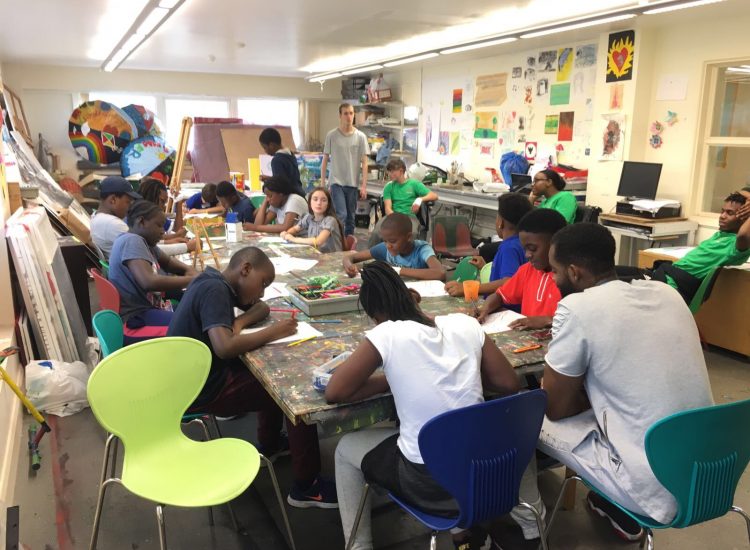 In the last week of July, we kicked off the Summer Scheme week for the 10-13 year olds.

Similarly to the 6-9s summer scheme, we had the young people split into teams that they would work in to gain points for a chance to win a prize at the end of the week. Points were awarded for how well the team behaved and worked together during the different activities, and were also handed out for quick targets such as the team with the straightest line, the quietest team and the team with the best chant!

Over the course of the week, the young people got involved in climbing, cooking, music, art, dance, adventure, sports, healthy eating activities and art, and at the end of each day, points were added up and the winning team was revealed. An individual young person was also chosen from each team (by the leaders) as the Star of the Day. The young people chosen were people who had shown role model behaviour; great maturity, always willing to help others, and were inclusive and encouraging to their peers. It was lovely to witness and acknowledge those young people, and they are a testimony to the next generation and their potential to be positive people in their community.

To round of the week, we had a mini arts showcase where young people who enjoyed music and art showed great courage and performed short pieces that they had been working on during the week. The music group gave us a great performance that got the audience involved with making beats with their hands and feet and then showed us a short drumming piece. The dance group got us feeling positive and free with a dance to an upbeat song by David Guetta. It was an entertaining way to end the week, and lovely to see the young people confident enough to perform in front of their peers.

All in all, it was a fantastic week filled with funny moments, great competition and lots of positive teamwork. We’re looking forward to seeing everyone soon when we start clubs again on Monday 11th September, and hopefully, we’ll have some new members joining us!

Lastly, Salmon would like to say a massive thank you to our volunteers, who gave their time to help out each day from 9.30am to 4.30pm! They were our team leaders for the week, and supported and led the young people with such care and enthusiasm.